WARNING: THIS GAME IS ONLY AVAILABLE IN PORTUGUESE FOR NOW.

IN THE LAIR OF CALAMITY, in the deep ruins of the first lost city, lies the Heart of Darkness. Once every thousand years, the entity known as Maulthüs rises from it, manufacturing and spreading throughout the earth its craving flames, hunger and disease, the corruption of bodies and souls — a wicked attempt at erasing history, enslaving life and subduing the world.

THE PEOPLE, knowing the fate that awaits them, ritually elect a group of young hearts to carry the Artefacts of Time (the Shield — the Scepter — the Book — the Cloak — the Melody), items loaded with millenar magic that bestow upon their users the power of generations. These young hearts are given the special title of Guardians.

AS THE NIGHT FALLS, the influence of Maulthüs starts the terrible Golden Eclipse, waking up long forgotten monsters, and inspiring delirium and fear even in the most brave and sane. Running against time, the Guardians open the secret passage to the Lair, trying to seal the millennium evil once again.

Will the Guardians be ready for their journey?

What dangers wait for them in the catacombs of the Lair?

We can only find out playing.

This game was made for the game(s) jam 2022. It's an attempt to bring together the one-shot dramatic-keys focus of Lady Blackbird, some of the dice mechanics of Messerspiel and some themes and aesthetics from The Legend of Zelda: Breath of the Wild. The ticking clock of the Blood Moon presented in Demon Castle Dracula heavily inspired the Golden Eclipse.

In the Lair of Calamity features:

This game is licensed under CC BY-SA 4.0. The vectors on display are created by Freepik,  Dinosoftlabs,  Rawpixel, Smalllikeart and Smashicons, used with attribution. 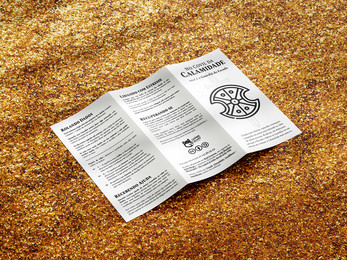 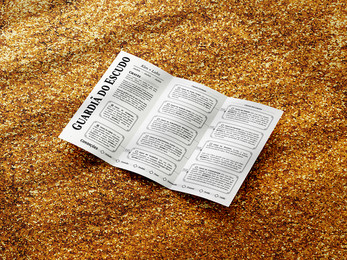